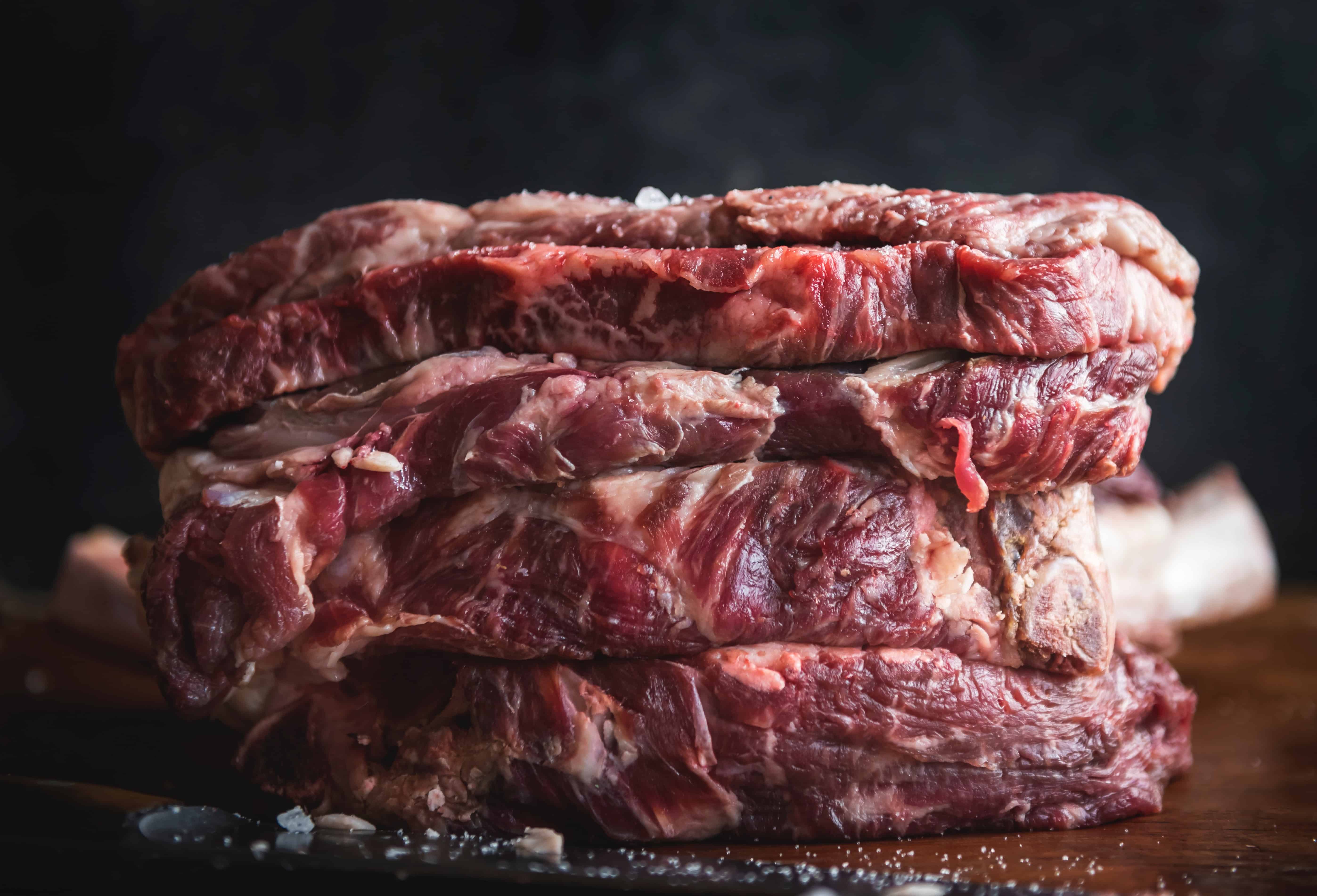 If you do a quick search online about the carnivore diet, you’ll find tons of reasons not to do it:

“How are you going to get essential micronutrients only found in plants?”

“What about fiber?  Don’t you need fiber for proper digestion.”

“If everyone ate a carnivore diet, the enviornment would fall apart!”

Note: In case you were unfamiliar, the carnivore diet consists of only eating animal products – so meat, seafood, eggs, and some dairy.

If you’re like me, you’ve already heard all the reasons not to go carnivore.

But guess what?  Nothing else has worked so far.

When I went carnivore, a lot of these issues went away.

Regardless of what the general health community says, I feel better, look better, and perform better on the carnivore diet.

That’s why I’m writing this article.  To give you a glimpse into some of the benefits I’ve experienced, and why you might want to consider it despite what everyone else says.

I’m not saying the carnivore diet is going to cure everything – there is no one-size-fits-all diet for everyone.  I just wanted to share my positive experience with the diet in hopes that I may inspire others who are already eating clean to jump into the carnivore diet.

This is the main reason I started doing the carnivore diet.

Despite my best effort to get my acne under control with a low-carb, Paleo diet, it just wasn’t cutting it.

I would still find myself breaking out even while eating an extremely restrictive diet.  On top of going Paleo, I tried cutting out eggs, dark chocolate, full-fat dairy, and even FODMAPs.  Nothing worked.  It felt like no matter what, there was some food that would trigger a flare-up.

Despite only being a few weeks into the carnivore diet, I haven’t had a single large flare-up, my scars actually seem to be diminishing, and I’ve had no new pimples.

I believe that this is because the carnivore diet is essentially the ultimate elimination diet.  You cut out absolutely everything that could be giving you issues and start back at the basics.  Unlike plants, people generally aren’t sensitive to meat because they don’t have anti-nutrients (lectins, phytic acid, saponins, etc.) in them.

My skin still isn’t perfect, but man is it a lot better than it was, even compared to a few weeks ago.

For those curious, I published an in-depth article on the carnivore diet and acne on GoodGlow.co.

Browsing the Carnivore Diet Subreddit, a lot of people have experienced not just better sleep, but less need for sleep in the first place.

Personally, I still sleep the same amount on the carnivore diet (9 hours a night), but my sleep quality has improved dramatically.

On my previous low-carb diets, I would wake up in the middle of the night half-a-dozen times a night.  This really sucked and would leave me feeling tired and irritable in the morning.

On the carnivore diet, I rarely, if ever, wake up during the night, and when I wake up I feel refreshed and energized.

While I can’t attest to needing less sleep (probably because of my heavy workout load), I can attest to getting much better sleep. 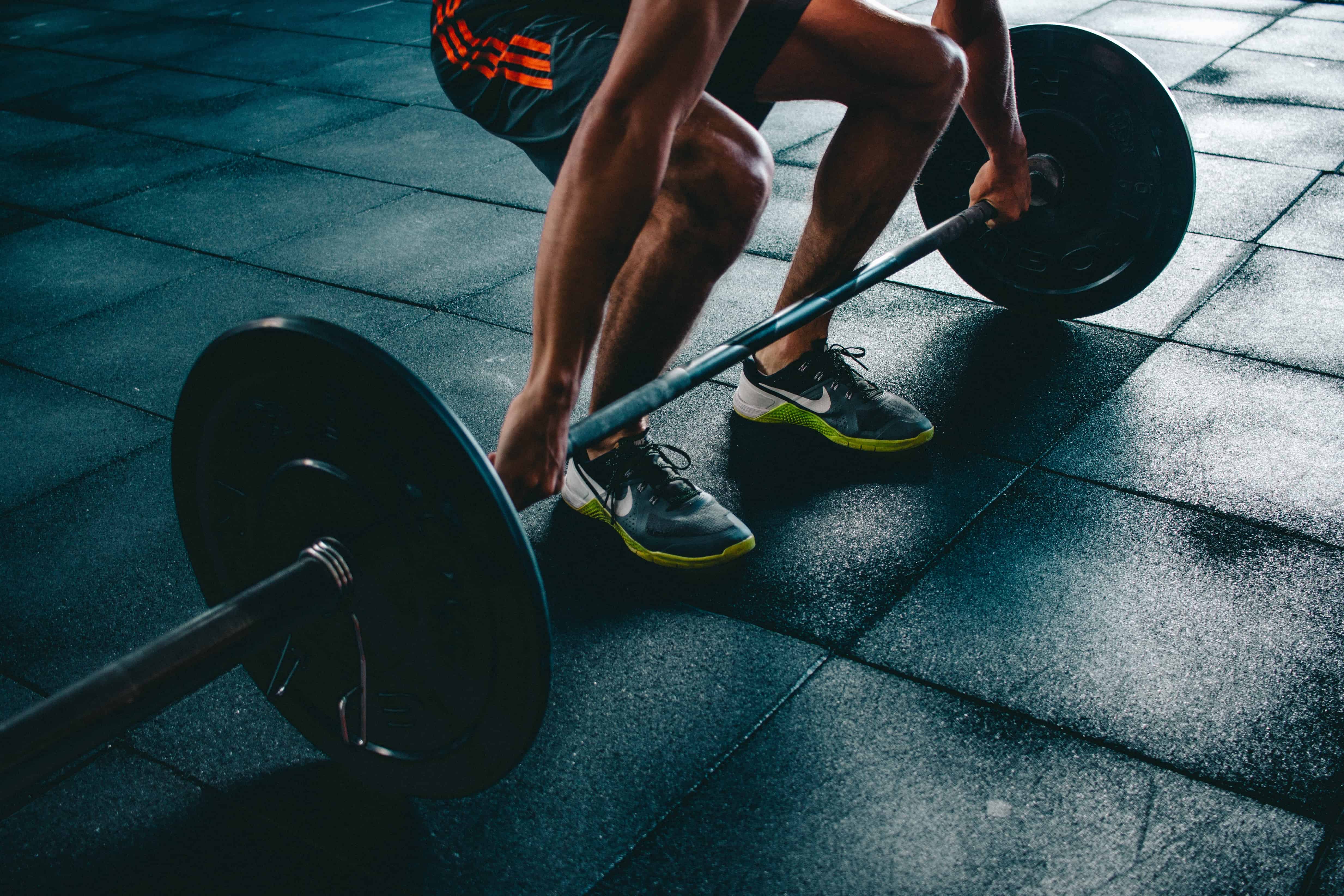 Before I was eating carnivore, I ate your typical amount of protein for a ketogenic diet:

When I upped my protein intake to 160g a day (~2lb of meat per day), the recovery time between workouts was absolutely insane.

I play in a basketball league twice a week and weightlift 4 times a week.  Usually, I would be absolutely dead after a weightlifting workout, and wouldn’t be able to get off the couch later that night.  Now I’m regularly lifting heavy in the morning and playing basketball at night with improved performance in both workouts.

It’s extremely easy to stay lean while still building muscle on the carnivore diet, and a lot of my bloating went away too, making my abs more clear.

Beare in mind, I was already fat-adapted before I went carnivore.  If you haven’t tried a low-carb diet, I recommend going low-carb first before jumping straight into the carnivore diet.

I’ve seen a lot of other people, including Dr. Anthony Gustin, talk about this one.

As someone who has a hard time knowing when I’m full, especially after a day of intermittent fasting or an intense workout, the carnivore diet simplifies it a lot.

You kinda take the frills out of eating and break it down to it’s most basic parts, which brings me to my next point…

5. Simplicity around food and cooking

Cooking was crazy easy, shopping was even easier, and the habit of eating became simplified greatly.

At the grocery store, I’d pick up ground beef, steak, salmon, pork, grass-fed ghee butter or tallow, and then leave.  No more figuring out what’s for dinner, no more anticipation and anxiety around what my next meal would be.

Not having to think about food is actually extremely mentally liberating.

You’re probably wondering if I ever got sick of the meals?

No, I actually didn’t.  That could be attributed to the fact that I’m not just eating beef though, I also eat salmon, pork, lamb, and eggs occasionally.

I experienced pretty much no cravings on the carnivore diet.

The first week I had intense cravings for two things:

Those were my two favorite keto-friendly “snacks” before I went carnivore, so cutting them out was by far the hardest.  Still, after a week of eating carnivore, I didn’t really miss them at all.

When I was eating a low-carb Paleo diet, I would constantly crave dark chocolate, coconut, and sometimes even fruit smoothies.

On the carnivore diet, the only thing I craved was more meat.

I know, this one probably seems a little bit strange, but I actually experienced better digestion on the carnivore diet despite eating no fiber.

I won’t go into the details here (I’m in the process of writing an in-depth article on it now), but meat alone can provide all the essential nutrients you need.

Fiber isn’t necessary, and in-fact, fiber can actually be harmful to a lot of people, including me.

Before starting the carnivore diet, I had small intestinal bacterial overgrowth (SIBO).  SIBO is a buildup of bacteria in the small intestine (a place where there really shouldn’t be a lot of bacteria) that disrupt and impair the absorption of food.

Symptoms of SIBO include burps, belching, indigestion, and gas.  Fiber can actually feed bacteria in the small intestine and make symptoms of SIBO even worse.

I had tried a low-carb, low-FODMAP Paleo diet along with herbal antibiotics to try and combat this with no success – only the carnivore diet worked.

My bowel movements are pretty normal now – they occur roughly once a day, with no issues or constipation (unlike when I had SIBO, where the constipation was brutal).

I still have some dandruff on the carnivore diet, but by no means what I had before.

I live in a cold, dry winter climate, so dandruff is really common here.  Despite dandruff being common, my scalp health was horrible the weeks leading up to going carnivore.

I’m talking tons of flakes and hair constantly falling out.  On top of that, I’d have flakes near my eyebrows and around the sides of my nose.  After some research, I’d guess that I have seborrheic dermatitis, possibly caused by my gut issues.

Now I have no flakes around my nose, very little around my eyebrows, and probably 70% less dandruff on my scalp.  Best of all, it’s only been a few weeks – I really hope this trend continues and I can get rid of dandruff once and for all.

Best of all, my hair looks and feels better too.  No complaints here.

In addition to recovering faster from workouts, I just feel better on a daily basis too.

I have more energy, I have less brain fog, and fewer “dips” throughout the day.

Eating makes me a little fatigued for maybe a half hour or so after I eat, but it’s nothing compared to the constant insulin spikes and crashes that come with eating carbs.  Even when I was on keto, a big meal with 10g of net carbs would negatively affect my energy and mental performance after-the-fact.  This simply doesn’t happen on zero-carb.

I have found, however, that eating too many eggs or too much full-fat dairy will make me feel a little “off”. 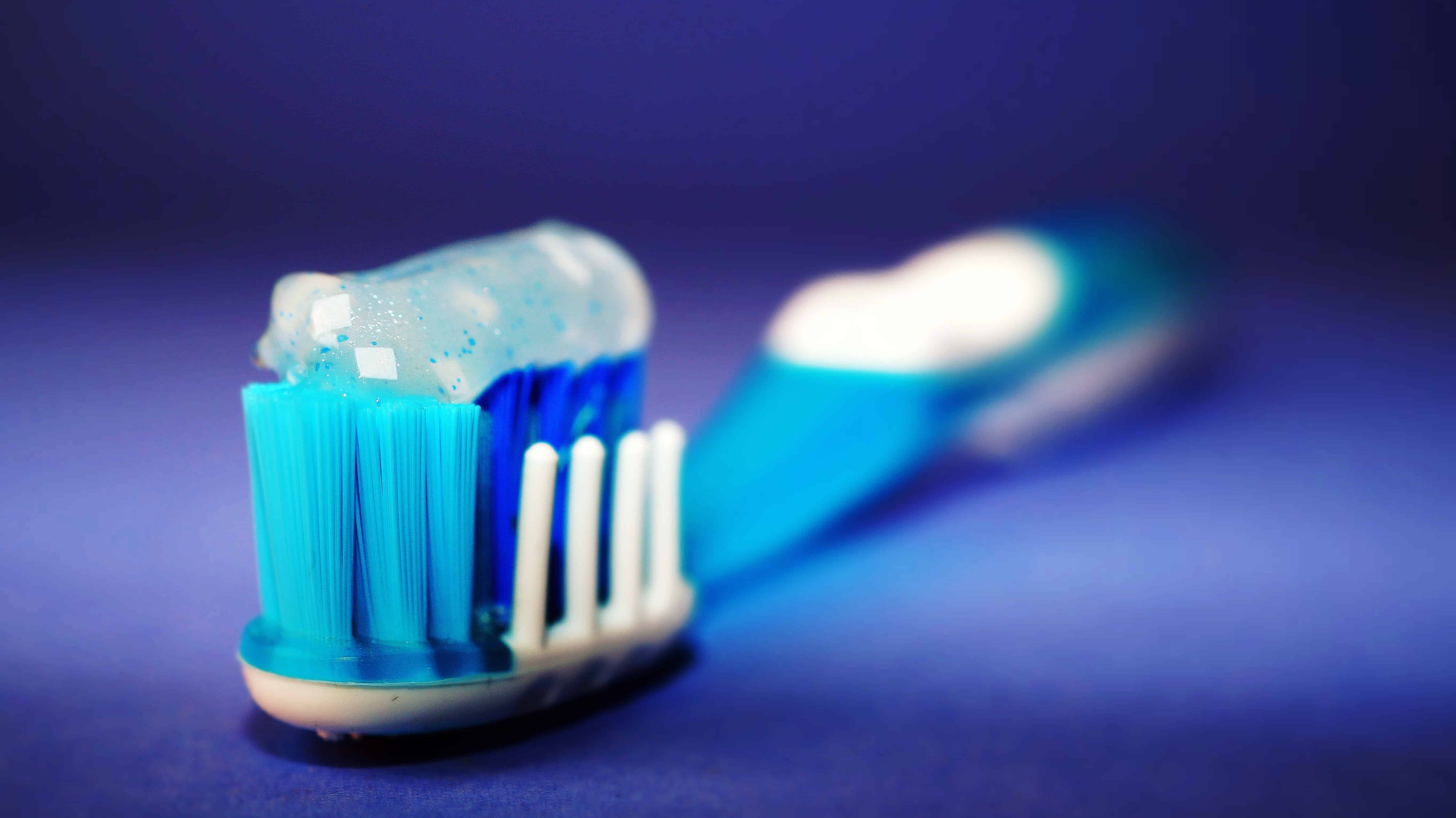 My teeth and gums look great, and I never feel like they “need” to be brushed.

I still brush my teeth twice a day, but unlike when I was on a low-carb Paleo diet, they never feel “sugary” or dirty like they would after I eat some dark chocolate or eat some berries.

They’re just as white as ever.

Should you try the carnivore diet?

Like I said, there are a million different reasons not to do the carnivore diet.  Despite all that, I feel better than I ever have, and I think it’s worth sharing some of the benefits so you can make your own decision.

If you’re wondering if you should try out the diet, let me just say this:

Personally, I really enjoy the carnivore diet.  I like how it makes me look and feel.

Others might do better on a Paleo diet.  Some might do best on a low-carb diet.  It really depends.

If you are already eating a lower-carb Paleo/primal diet and still running into issues with autoimmune conditions, acne, digestive issues, IBS, or other illnesses, you might want to try out the carnivore diet for a period of time.

You don’t have to do it forever, but it might be the chance your body needs to heal and repair.

What benefits have you experienced on the carnivore diet?  Let me know in the comments below! GoodGlow.co is a participant in the Amazon Services LLC Associates Program, an affiliate advertising program designed to provide a means for sites to earn advertising fees by advertising and linking to Amazon.com

© 2018 All rights Reserved. Design by Elementor

This website uses cookies to improve your experience. We'll assume you're ok with this, but you can opt-out if you wish.Accept Read More